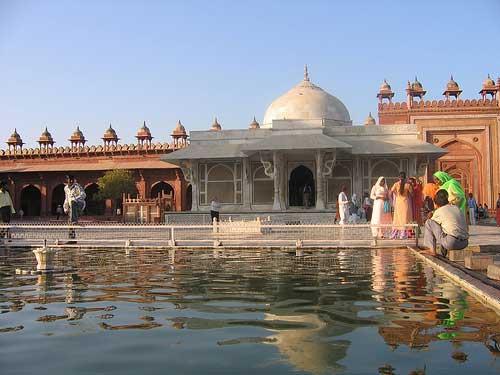 Fatehpur Sikri is one of the Mandals of Agra district, which is located in Uttar Pradesh. It lies 40 km towards west from the Agra and is about 77039' 46.02 East and 2705' 40.79 North as per the geographic location. Fatehpur Sikri lies in the region of hills and mountains and is situated on the bank of a natural lake. The lake is almost dry now and because of this there is a scarcity of water in the city. Fatehpur Sikri is also an extension of Vindhya range.

Fatehpur Sikri experiences very hot summer due to its location near the desert region of Rajasthan. There is a great variance in the temperature of day and night during summer season.

Click Here to Read more about the Geography of Fatehpur Sikri

Fatehpur Sikri has lots of historic monuments and places to visit. This city is an abandoned one and has very less hustle and bustle as compared to the big cities of India. It is thronged by several visitors throughout the year. Fatehpur Sikri is mostly known for its monuments and historic places which reflect the history of the city along with the art and culture that prevailed during those days.

Fatehpur Sikri has very less population of local people, hence, shopping places are also very less. The major area to shop in the city is near the fort. The shops are famous for the crafts and art materials that are related with the history of this city. The most popular shop in Fatehpur Sikri is Mahesh Chand Enterprises.

Fatehpur Sikri enjoys all the festivals of India and there is an environment of celebration throughout the year. Several big and small festivals fare celebrated in this city and are enjoyed in contribution of the visitors along with local people. The Teej festival is celebrated during the month of June and continues till August. This festival is celebrated for having prosperous marriage and worshiping the Goddess Parvati. Another festival of Fatehpur Sikri is dedicated to Hazarat Salim Chishti which is celebrated every year for 10 days. The celebration of Urs starts on 20th and continues till 29th Ramadan, in devotion to the Shaikh Salim Chisti. This festival is well supported with folk music, craft fair, poetry competition, and other cultural activities that makes this celebration a memorable one.

The dusty, sleepy township of Fatehpur Sikri sees a multitude of footfall and that too especially of tourists both domestic and international. There are a number of concerns of tourists when they visit the area one of the chief reasons for their concern is the availability of adequate health care facilities lest they be required in an emergency. 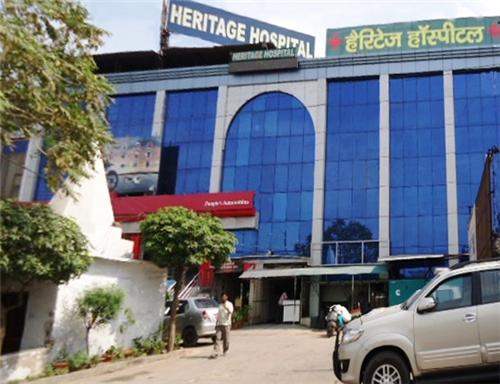 For the healthcare facilities people have to go to Agra. The hospital of Agra, which is proximal to Fatehpur Sikri, provide the best healthcare services to the city. The other nearby location is Sikandra. The following are some of the hospitals near Fatehpur Sikri.

Among the private sector institution there is the highly modern Apollo Pankaj Hospital that is a franchise of the international quality Apollo hospitals group.

There are also several research centre available in the vicinity. They provide all forms of diagnostic and clinical services. Some of the prominent research centres are situated on Gaicana Road on the Agra bypass road. These centres have the advantage of being located on the highway, near the Agra Township. This is ideal for all forms of transportation of patients, ambulances and attendants.

This hospital too is located on the bypass road in Jawahar Nagar and provides early access to the ambulance, vehicle transporting patients as also the vehicle of attendants. The Heritage Hospital is adequately equipped with the facilities required for providing essential care to the patients.

This is another of the sought after medical facilities that provide state-of-the art facilities in healthcare delivery. Equipped well for emergencies this hospital has the ability to take care of their patients and provide the best of medical care to their patients. Among the diagnostic facilities on offer are technical inputs for blood testing, urine tests, blood pressure, X-rays, tests for diabetes, pregnancy, TB, malaria, typhoid, etc.

Fatehpur Sikri has variety of options in food. There are several shops, restaurants, hotels and local corner shops that provide varieties of food stuffs to the local people and tourists. The shops in this city provide spicy chaats, cold lassis, thandai, Kadhai Jhinga, snacks, impressive veg and non-veg meals, etc. The delicious food of Fatehpur Sikri can be enjoyed in a comfortable place of Sher-e-Punjab Hotel and Restaurant, Hotel Vrindavan, Hotel Goverdhan Tourist Complex, etc.

How to reach Fatehpur Sikri

Comments / Discussion Board - About Fatehpur Sikri