Fatehpur Sikri is set along the upper Vindhyachal ranges. It was built as an architectural marvel and served as the capital city under Akbar but the plan was later dropped as the natural lake which was the only source of water dried up. Fatehpur Sikri has been rewarded the status of a World Heritage site for its architectural beauty dating back to the Mughal era. The place is located at a latitude of 27.09 deg North and a longitude of 77.61 deg east. The city is located 39 kms from Agra and the closest Airport is the Agra Airport. 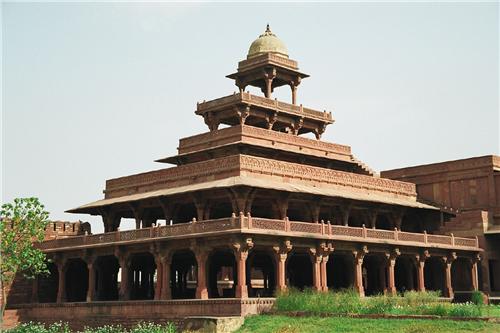 Fatehpur Sikri may not be the same marvel of architecture that it once was in the era of Mughals, but the city still inhabits a total population of 28745, according to the 2011 census of India. The city has a population density of 4113.1 inh / Sq. km. which has increased at the rate of 1.34 percent per year since 2001.

Just like in other parts of India, the males are in majority with a share of 53% in total population and the woman are at 47%. The literacy rate of the city is very low at 46%, which is 14% lower than the national average. 57% of the male are literate and a mere 34% of the women can be counted as literate. 19% of the total population in Fatehpur Sikri is under the age of 6 years. 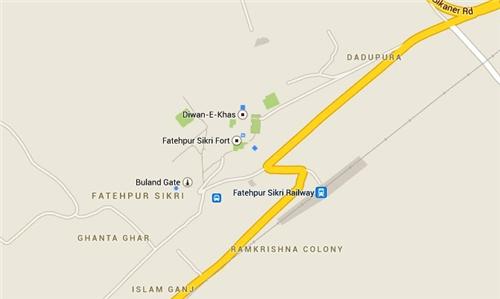 The climate of Fatehpur Sikri is very much influenced and controlled by the local steppe weather. The summer season exists from April to June and the lowest temperature might only be 25 degree Celsius and it may go very high up to 46 degree Celsius. The rainy season or the monsoon is experienced by the city in the months between June and September. But Fatehpur Sikri receives some minor rainfall throughout the year. The heavy rain showers 726 mm of total precipitation to the city annually. April is the driest month and August the heaviest.

The winter lasts for five months from November to March and the temperature might be as low as 2 degrees and always stays below the 23 degrees mark. This is said to be the best time to visit the city. The average temperature of the city is 25.6 degree Celsius according to the Koppen and Geiger Climate.

Type of Soil in Fatehpur Sikri

The soil of this city comes from the Indo-Gangetic plains and consists mostly of the quaternary sediments. The recent unconsolidated fluvial formations are a part of this soil and the soil contains clay, sand and silt. This soil has a very fine texture.

Facts and Figures about Fatehpur Sikri